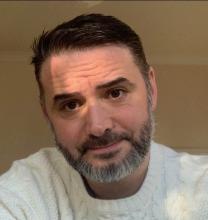 This note will look that the emerging economic policy context within which employment support will have to operate over the next few years.

Understanding an economic context marked by high inflation, the cost of living crisis that results and a labour market weighed down by very high vacancies will be important for an employment support sector. In historical terms, the economic problems we’re looking at coming out of a pandemic are also quite unusual, some of these problems however that will become more familiar as the prospects of a new recession become much more real. This will be particularly apparent as the government borrowing binge of the pandemic pushes us towards a familiar political context defined by a politics of debt reduction. As we all remember, amidst the wreckage of the 2008 financial crisis economic policy goals in the UK were framed so tightly around the need to service high levels of public debt (which rose sharply to prop up a collapsing banking sector) that nearly all other policy areas drawn into the same agenda. To reduce the cost to the public purse, employment policy, welfare policy and broader public services all suffered either direct (and huge) cuts in spending or, in the case of welfare, a concerted campaign to push unemployed people off welfare (into jobs, education or, simply, wherever).

At the moment, economic policy makers are losing sleep about inflation rather than a problem public debt, but given the level of spending and borrowing that had to be undertaken since March 2022, we should certainly expect the servicing of public debt to re-emerge as driving force economic policy. What could make the next recession even worse is if rampant inflation and its effects do not relent by the time central banks like the Bank of England, economic policy-makers and other power brokers like the bond markets decide fiscal retrenchment is a good idea once again. This prospects of this double-headed monster is very real.

This note will map these issues out but will make this point clear: the case for targeted and extensive employment support and a strong employment support sector is as critical as it has ever been. This support however requires financial as well as organisational assistance that will not helped if this double-headed monster emerges this year or next.

The health of the labour market – employment, productivity, wages – are clearly important to macroeconomic policy-makers. As the not-too-distant-example of the financial crisis demonstrates however, it’s not necessarily going to be top of the list of priorities. Back in 2008, it was public debt that was the driving force behind economic policy. At the moment it is inflation.

It is necessary first to note that, when we refer to ‘policy-makers’ in this context, we include not only government ministers, and the Chancellor of the Exchequer in particular, but also central bankers – and in Britain’s case the Governor and Monetary Policy Board (MPC) of the Bank of England (BoE). Inflation is the central concern of monetary policy, whilst taxing and spending defines fiscal policy. Although clearly connected, they do not necessarily move in tandem nor coherently. The BoE however is the entity that, in practice, interacts with the bond market to secure financing for government spending should planned spending exceed available tax receipts. With this in mind, the BoE clearly has an interest in the state of domestic fiscal policy. At the moment however, like other central banks like the European Central Bank and the Federal Reserve, the BoE is most concerned with the rate of inflation and how it can use its main policy lever– interest rates – to tackle it. The negative effect inflation has on interest paid on government debt however presents a source of BoE pressure on the Treasury and its spending plans.

Central bankers have tended adhere to orthodox macroeconomic principles identified with “sound money”, which is why when they’re given the opportunity to obsess about inflation they usually take it. This is not to say inflation is currently not a problem (it clearly is), only that as a question of emphasis this concern can lead to skewed priorities which has not historically boded well for advocates of comprehensive or ‘full’ employment policies. So in this sense, ‘sound money’ sees approaches to macroeconomic management rely on concepts that are more interested in the price level than with full employment. This produces a reliance on economic concepts such as the Philips curve and the ‘non-accelerating inflation rate of unemployment’ or ‘NAIRU’. The NAIRU operates upon the idea that there is a ‘natural rate’ of (un)employment and that policy attempts to raise employment above (and lower unemployment below) this rate will generate inflation. As a result, the dominance of devices like the NAIRU have rarely been helpful for integrating ambitious employment policy into macroeconomic policy agendas form the 1970s onwards. In tandem with restrictive inflation targeting, this was always going to affect the long-term unemployed, and those vulnerable to it the most, as it made it harder to advocate and fund policies and services to help them.

This focus on such principles has had another consequence which the pandemic era economic context has laid bare: the relationship between the employment level and vacancies. The record high number of vacancies we began to see since mid-2021 has demanded policy-makers become reacquainted with the Beveridge curve, a concept that for most of the last 50-60 years has sat in the shadow of the more famous ‘Phillips curve’. In 1989, notable macroeconomist Olivier Blanchard and colleague Peter Diamond made this point below, one which has renewed relevance now.

“macroeconomists thinking about aggregate labour market dynamics have organized their thoughts around two relations, the Phillips curve and the Beveridge curve. The Beveridge curve, the relation between unemployment and vacancies, has very much played second fiddle. We think that emphasis is wrong. The Beveridge relation comes conceptually first and contains essential information about the functioning of the labour market and the shocks that affect it.”

There is no one single ‘big lesson’ for economic management post-pandemic, but several. One of them however must be that a stubborn disconnect between employment level and high number vacancies needs targeted policy intervention and support. This will require macro-economic policy-makers in the BoE and the Treasury to see that part of the inflation problem lies in a labour market and a wage-price spiral which is already looking menacingly difficult to control (due to other factors like energy prices and the supply chain crunch).

“these issues [won’t] go away on their own, and the longer we hold off taking action to address them the greater the problems for employers, for our recovery from the pandemic, and for those out of work…So we need a new Plan for Participation, that will extend our public employment services and support to all of those who are out of work and want help”

Request for Call Back