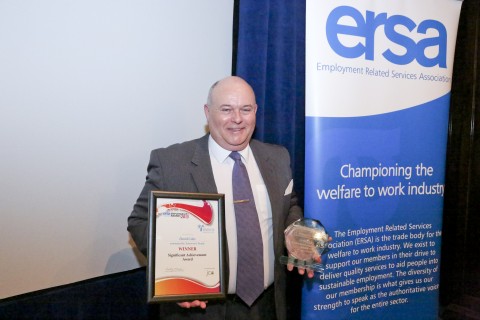 David overcame multiple barriers including homelessness and disability to win the ERSA Significant Achievement Award. He was supported into work by Tomorrow’s People after a period of unemployment during which time he was assaulted by a teenage gang, resulting in him needing metal plates in his head, experienced the breakup of his relationship and subsequently was made homeless.

David was willing to try anything to get a ‘foot in the door’. Seeing an advert for a cleaning job and, despite being homeless; he attended the interview looking his best. He ended up speaking with the company director, who seeing his potential considered him for the position of Area Sales Manager. David was successful in his interview and has now been promoted to Operations and Technical Manager. David’s employer, Spencer Delbridge, says: “Dave impressed us hugely with his determination it’s truly exceptional”.