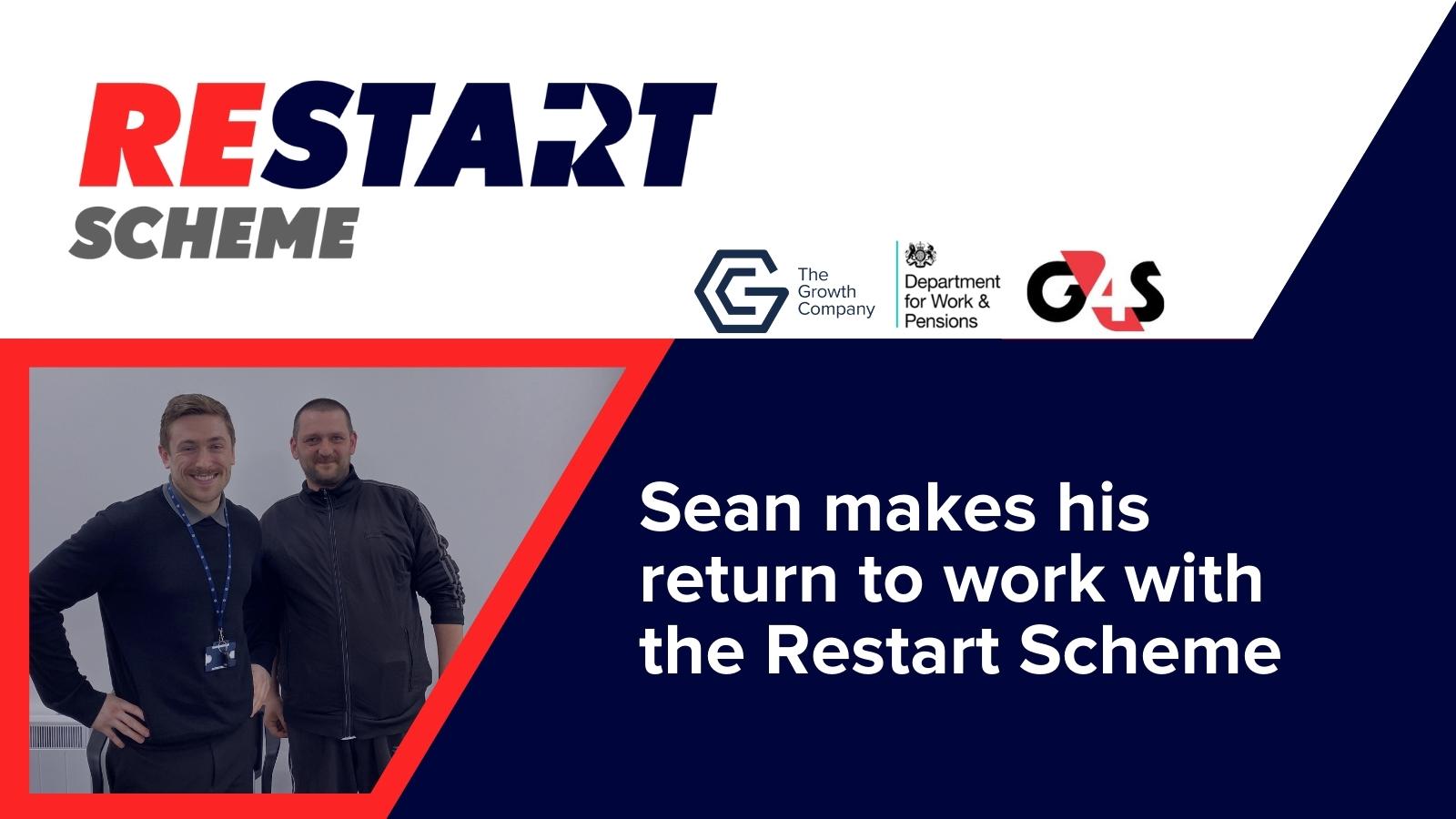 Sean was referred to the Restart Scheme by his Job Centre Plus coach, after asking if there were any schemes that could help him return to employment. Sean has had a tough time over the last few years with family issues, sadly losing both his grandparents and nephews within a short space of time.

Sean has felt as though he is one of the few family members that’s kept his head screwed on, meaning he now also feels the pressure of making sure everyone else was coping well, as he would take the time to make sure they felt supported. In his words it had been “a hell of a long time” since he was last employed, having previously worked as a kitchen porter, and having some experience volunteering as a steward at the Warrington Wolves rugby club. Sean moved to St Helens at the start of 2020 to turn a new page in his life.

Admittedly, when Sean first heard of the Restart Scheme, he initially thought “oh no, not another one”, but was quickly reassured by his Job Centre Plus coach that this scheme was different to others, and that he wouldn’t regret it. Once referred onto the scheme, Sean was introduced to his Restart Advisor, Marco. Their initial meeting went positively, the two discussed which jobs Sean was interested in, and what he needed to do in order to take the next steps to qualify for these roles, as well as putting together both a short- and long-term plan of where Sean wanted to be. From this first meeting, Sean expressed his interest in getting more involved with the scheme, because his appointments gave him something to look forward to as well as them giving him a reason to get back into a proper routine.

After a few more meetings, Sean and his advisor began to update his CV and distribute it around his local area. Within just 20 minutes of handing out CVs, Sean received a call complimenting his skills and experience, and was asked to attend an interview. This was a huge confidence boost for him, and very affirming, as it had been years since an employer had told him they were impressed by his CV. Marco helped him to prepare for the interviews, revising techniques on how to deal with stress and anxiety as well as how to answer interview questions properly. The scheme provided financial support for Sean, and helped him purchase smart interview clothes and shoes, to help him make the best first impression.

Shortly after interviewing, Sean was offered and accepted a role as a Care Assistant at his local care home, which is a fantastic result He had this to say about the scheme:

“Since I’ve been here, I’ve been absolutely fine… I had quite a few problems when I first came here but Marco has managed to talk them out of me, which is great because I don’t have to worry about these things anymore.”

Commissioned and funded by the Department for Work and Pensions, The Growth Company delivers the Restart Scheme in the North-West on behalf of G4S, the lead provider for this region.

The ReAct Partnership is an industry-led centre for action research and continuous improvement within the Restart Scheme. The Restart Scheme is a new programme which gives Universal Credit claimants who have been out of work for 12-18 months enhanced support to find jobs. The React Partnership will share and evaluate practice and evidence on “what works” in delivering the Restart Scheme to help improve performance and outcomes for participants, the long-term sustainability of job placements and the impact and value for money of employment services.

The Partnership is co-funded by six of the Prime Providers for the Restart Scheme:

The partnership is managed by the Institute for Employment Studies (IES), working with the Institute of Employability Professionals (IEP) and the Employment Related Services Association (ERSA).

ReAct Partners
If you are delivering Restart Scheme services for one or more of the above organisations please get in touch with your partnership lead to request login details for the resources section!