The Salvation Army is calling for the Government to include Universal Credit Advance Payments in its Debt Respite Scheme.

The Scheme is a 60-day ‘breathing space’ where enforcement action from creditors will be paused for people with problem debt. However, Government loans, including Advance Payments for Universal Credit (UC) claimants, are not included. Many rely on these loans to make ends meet while their claim is processed and the repayments are automatically deducted.

Between March and September 2020, over one million UC Advance Payments were made. The Salvation Army is concerned that many will have struggled to eat or heat their homes while they were repaying this Government debt.  As unemployment is expected to keep rising, the Government is being urged to act now to protect more UC claimants from this debt trap. 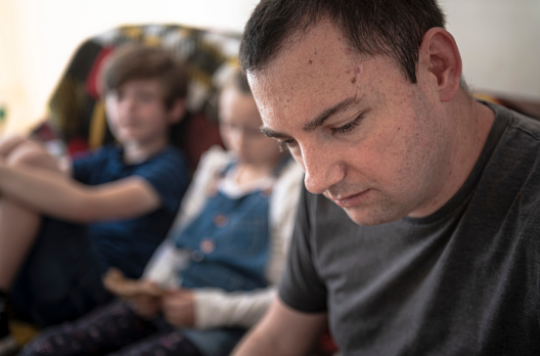 A new Salvation Army report, ‘No One Left Behind’, shows how deep Covid-related debt is set to become and how vulnerable people are most at risk. The report analyses calls to our debt advice lines and finds that of those who accessed the service:

The organisation has written a letter urging the Economic Secretary to the Treasury, John Glen, to refocus the Government on supporting people to pay back debt rather than automatically deducting money which many will struggle to pay. The letter has been co-signed by 16 partner organisations*.

The research in our report shows a worsening of people’s debt, which paired with job losses or reduction in income, is putting them at real risk of poverty.

Lorraine Cook, The Salvation Army’s Financial Development Inclusion Manager said: “It’s the very vulnerable we are most concerned about. The people queuing outside our foodbanks because they can no longer afford to eat are those most likely to rely on Universal Credit Advance Payments to get by. The moment someone has an unexpected payment like a boiler repair or a new pair of trainers for their child, is where repaying this debt can become unmanageable.

“Our Debt Advice Centres have experienced an increase in the number of people seeking our support. The research in our report shows a worsening of people’s debt, which paired with job losses or reduction in income, is putting them at real risk of poverty.

“Banks and credit card companies will be forced to give much needed space to people struggling with debt and yet the Government can continue to take significant portions from people’s income without respite.

“The Government should be less focused on collecting money and instead help people manage their finances by highlighting the professional support available from debt support services”.

Whilst the Government has indicated that it is planning to include Advance Payments in the Debt Respite Scheme, due to IT constraints, they will be included on a ‘phased basis’ and no specific timeframe has been given. The Salvation Army is concerned a significant delay means thousands will be pushed into debt before then.

No One Left Behind