The TUC has today (Friday) warned that millions of working families – and many key worker households – will be worse off as a result of the government’s planned cut to universal credit.

New analysis published by the union body reveals the regional and local impact cutting Universal Credit will have on low-paid workers – even in wealthier constituencies like the chancellor’s and prime minister’s.

Majority of those hit by autumn cut are working families

However, the working tax credit is also being cut, having also been raised by £20pw in early 2020.

So the majority of those affected by the £20pw cut to benefits this autumn will be families who are working, according to the Joseph Rowntree Foundation (JRF).

The TUC says low-paid key workers will be among those worst affected.

It shows that even in wealthier parts of the UK the cut to universal credit will impact heavily on low-paid workers.

For example, in the Chancellor Rishi Sunak’s constituency (Richmond) nearly half (48%) of people currently receiving universal credit are in work – with 3,025 workers in the constituency depending on it. This number will only grow as more families transfer over from the working tax credit.

And in Prime Minister Boris Johnson’s constituency (Uxbridge) around two-fifths (38%) of universal credit recipients are currently in work – with 3,665 workers in his constituency depending on it. This number will grow as more families transfer over from the working tax credit.

The TUC says the £20 increase in universal credit has been a “vital lifeline” for low-paid workers – and that reducing a crucial in-work support will push more families below the breadline.

The TUC says a decent social security system is also essential for helping those who lose their jobs get back on their feet and back into work.

In addition to stopping the planned £20pw cut to universal credit, the government must increase the minimum wage to £10 an hour and urgently bring forward an employment bill to tackle insecure work, says the union body.

“Everyone should have enough money to live on.

“But if the universal credit cut goes ahead millions of working families – and key workers – will be forced to get by on much less every week. It is levelling down – not levelling up.

“Ministers should abandon this cruel cut that will hit low-income working families. We need a social security system that helps people get back on their feet – not one that locks them in poverty.

“And we need decent jobs on decent pay for every worker, in every part of the country. 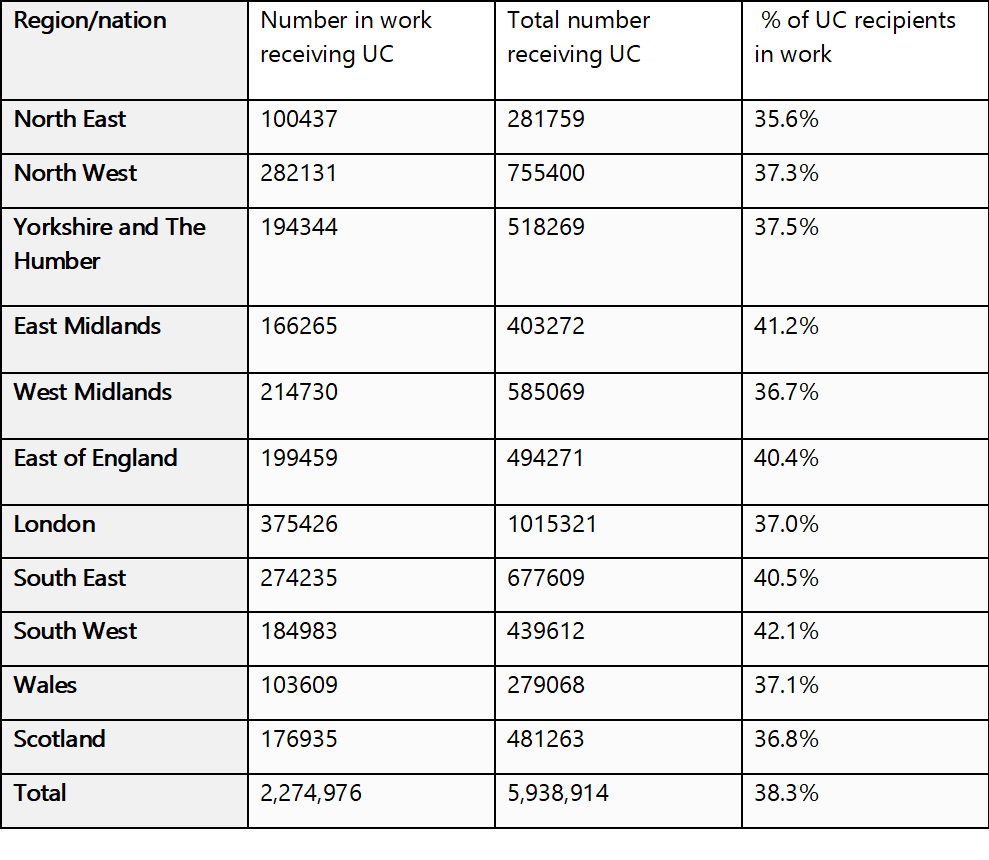