London, 8th June 2022: An app helping disadvantaged groups find and sustain jobs has been rolled out across the UK. Award-winning social enterprise Beam has launched a new app that connects struggling job-seekers with a supportive online community who provide financial backing, mentorship and encouragement. It also matches them with live job opportunities with ethical employers.

The app is already being used by hundreds of homeless people, the long-term unemployed, refugees, domestic abuse victims and prison leavers to ‘level the playing field’ when it comes to accessing job opportunities. Beam gives users smartphones to access the app, which is designed to digitise the job search for disadvantaged groups who have previously had to rely on in-person support.

More than 25,000 members of the public have signed up to provide moral and financial support through the app, making it the largest online community of its kind. The app also lets users post written updates, photos and videos, as they embark on their journey into a new job. They can also interact with other job-seekers and spur each other on to reach their goals.

Beam’s app also allows users to view and apply for high-quality job opportunities from Beam’s employer partners – who guarantee feedback – including Bupa, Pret and Arriva. The app is personalised to each job-seeker, showcasing jobs based on preferred career, hours and commute distance. Users also have access to targeted resources and a Beam employment coach, who provides job support directly through the app via a WhatsApp integration.

Seb Barker, co-founder and COO of Beam, said: “Traditional services targeting disadvantaged job-seekers take a one-size-fits all approach, with limited flexibility. Beam’s innovative approach allows us to reach people directly through their smartphone, resulting in better, quicker outcomes. And because of our WhatsApp integration, we’re helping people to progress their journey into a job from one of the most popular apps in the world.”

Since launching in 2017, Beam has supported more than 650 disadvantaged people into jobs. Beam also has a crowdfunding platform, which helps job-seekers fundraise the cost of items that could be a barrier to them starting work, such as training, work tools, a laptop, smartphone or childcare costs. With the launch of its new app, Beam hopes to equip job-seekers with the skills and professional networks needed to get back into the workforce.

Barker added: “The UK is currently experiencing one of the biggest labour shortages of our time. To meet this unprecedented challenge, we need to use technology to empower disadvantaged communities who have been left out of the job market, to gain the skills and confidence they need to participate in the economy.” 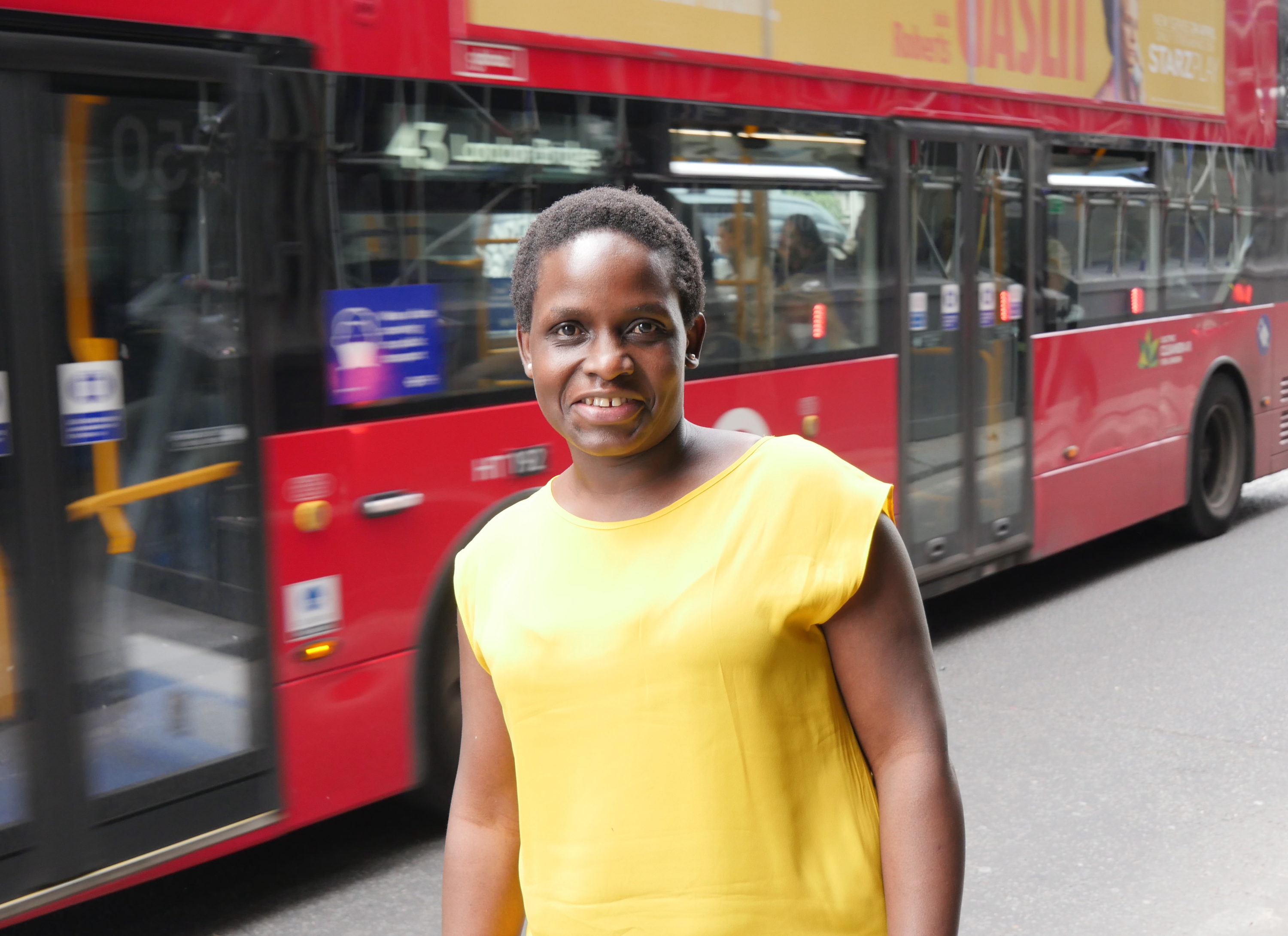 Single mum Aida is training to become a bus driver

41-year-old single mum of four, Aida, was a full-time carer for her terminally ill son for four years, until he passed away in 2019. The Haringey resident currently lives in temporary accommodation with her children and has been volunteering at a school. Beam helped Aida crowdfund £3,300 from 96 members of the public to go towards her bus driver training, childcare costs, a laptop, travel and work clothes. After applying for a job through Beam’s app, she’s now on her way to becoming a bus driver.

She said: “Beam’s app is a great place to connect with people who have been in your shoes. When I read about people’s stories and see how they are now in a new home or job, it makes me believe I can do it too. It’s made me realise I’m not alone and allowed me to open up and share my story. It’s amazing knowing there’s help out there. Beam has helped me work towards my passions and search for the job I want to do, which is to become a bus driver. I’m now in the interview process for an amazing role.”

Beam is partnered with more than 30 local authorities, DWP and leading charities across the UK, who refer disadvantaged individuals to its service. In order for someone to access Beam’s app, they need to be referred by a partner organisation.

Education Secretary announces that vulnerable and disadvantaged young people across the country will receive free laptops.

Disadvantaged children across England are set to receive laptops and tablets as part of a push to make remote education accessible for pupils staying at home during the coronavirus outbreak.

Devices will be ordered for children in the most vital stages of their education, those who receive support from a social worker and care leavers.

The government will also provide 4G routers to make sure disadvantaged secondary school pupils and care leavers can access the internet – where those families do not already have mobile or broadband internet in the household.

The country’s major telecommunications providers will make it easier for families to access selected educational resources by temporarily exempting these sites from data charges.

In addition, to support the hard work of schools in delivering remote education, the Oak National Academy is due to launch on Monday 20 April. This brand-new enterprise has been created by 40 teachers from some of the leading schools across England, backed by government grant funding. It will provide 180 video lessons each week, across a broad range of subjects from maths to art to languages, for every year group from Reception through to Year 10.

I want to thank all the teachers and staff who are working so hard to ensure vulnerable children and those of critical workers are supported at this time.

Schools will remain closed until the scientific advice changes, which is why we need to support the incredible work teachers are already doing to ensure children continue to receive the education they deserve and need.

By providing young people with these laptops and tablets and enabling schools to access high quality support, we will enable all children to continue learning now and in the years to come. We hope this support will take some of the pressure off both parents and schools by providing more materials for them to use.

Oak Academy joins a broad range of support and resources available for schools and parents. This includes a list of high quality resources recently published by the Government, as well as the existing tools and resources schools use to provide remote education. Many suppliers are making resources, both online and hard-copy, available to schools for free.

This week (Monday 20 April) the BBC is launching its own education package across TV and online, featuring celebrities and some of the best teachers – helping to keep children learning and supporting parents.

This is alongside new guidance published today (Sunday 19 April) for parents on how best to support their child’s education and development.

While families stay at home to reduce the spread of the coronavirus, some children and young people may face increased risk of abuse or neglect at home – or from strangers online.

The Government will make funding worth £1.6 million available immediately for the NSPCC to expand and promote its national helpline for adults.

While schools and social workers remain at the forefront of work to protect vulnerable children, including by supporting them to attend school, expanding the NSPCC Helpline will mean many more adults know how and where to raise concerns and seek advice or support about the safety and wellbeing of any children they are worried about.